In this course you will learn What is Arabic Calligraphy, Basics of Thulus Calligraphy, Writing in Thulus Script, Background techniques, Brush Techniques, Complex Modern Calligraphy, How to make a Grand Calliphy Painting.

The art of forming beautiful symbols by hand and arranging them in a good manner is called Calligraphy. It is also a process of decorating the letters and dressing up the page. In short, we can say that it is a skill of attractive and beautiful handwriting. The main goals of handwriting are to quickly and easily write which is accurately read. In the past, people were dependent on handwriting because of the lack of computers and typewriters.

The purpose of calligraphy is to show integrity in their writing and write creatively to express their ideas just like they say something to the world by writing. Calligraphy art inspires the artist to communicate with people through writing with pen or brush.

Calligraphy is a visual workmanship identified with composing. It is the plan and execution of lettering with an expansive tipped instrument, brush, or other composing instrument. A contemporary calligraphic practice can be characterized as "the craft of offering structure to signs in an expressive, amicable, and handy way".

Current calligraphy goes from utilitarian engravings and plans to artistic work pieces where the letters might be coherent. Traditional calligraphy contrasts from typography and non-old style hand-lettering; however a calligrapher may rehearse both. During Calligraphy short course in Lahore you will received the opportunity of success in life.

Calligraphy keeps on thriving in the types of wedding solicitations and occasion solicitations, textual style plan and typography, unique hand-lettered logo plan, strict craftsmanship, declarations, visual communication and appointed calligraphic workmanship, cut stone engravings, and commemoration records. It is likewise utilized for props and moving pictures for film and TV, and furthermore for tributes, birth and demise authentications, maps, and other composed works. Various Institutes took this into consideration and are offering Calligraphy professional courses.

Most calligraphy is a hard task and writing in different types or styles is also a big challenge. To write in old styles we have to train our hand and eye to keep focus. Here, define some types of it:

One of the most advanced kind of calligraphy is western calligraphy which includes many styles. It is based on the latin text and used in the west for designing cards, invitations letters, and certificates etc. This appeared in the 10th century and also used this type in the modern era. There are many types of calligraphy and every kind uses different tools for writing. Western Calligraphy tools consist of a flat-balled or round -nipped pen, ink, brush, paper with high quality, a sharp knife for removing the work and templates.

It is also called an oriental calligraphy which is primarily used in Korea, China, and Japan. To write in this form requires more movement of brush and letters are written broader. Eastern calligraphy uses paperweights and desk pads for writing.

This kind of calligraphy is the most important and essential component of Islamic art.  It is also called Arabic calligraphy. The patterns used in this are unique and written on the walls of the mosque. Arabic calligraphy art is also used in the modern world because religion of Islam. This is a good idea to communicate with the spiritual world easily with it. Islamic calligraphy developed in the Ottoman era. The artist wrote the name of Allah in Allah calligraphy.

Calligraphy (khattati) has always been playing a major role in the art industry and when it comes to handmade ones; it always adds a spark of creativity to it. Calligraphy was a major rebound into the fashion and art industry in history. Our institute calligraphy

PNY Pink is offering the most artistic, ravishing and best calligraphy short course in Lahore, Pakistan. The fundamental reason for this course is to instruct individuals to plan a craftsmanship utilizing exact shading plan, brushes, qalams and every one of the apparatuses identified with calligraphy. We need that each individual who loves craftsmanship and has an imaginative psyche ought to find out about how to make an astounding plan that can investigate their capacities to the world.

What does a calligrapher do in the modern world?

In the modern world calligrapher working will typically assign to a ‘calligraphy alphabet’ to form the basis of attractive, hand-penned lettering. Some calligraphers use quills and ink reservoirs which are older techniques and equipment, but most of calligraphers use modern tools to creating new style and will take benefits of specially made calligraphy pens with slanted or flat nibs. During this work practice and repetition is important for the calligrapher to design the best one and new.

Is there still a demand for calligraphy in the digital world?

In the modern era, the needs of calligraphy are still extremely important in the companies and agencies which have heavy work of design. Here are define some places where a calligrapher deliver their services today:

Calligraphers have the opportunities to offer their services as a freelancer to their clients. There are different online platforms to sell their services like fiverr, up work etc.

What are the qualifications to become a calligrapher?

A calligrapher must have no formal qualifications to find a good job as a calligrapher, but there is a need for some calligraphy short courses of calligraphy which help you to learn more skills and enroll yourself in the world.

Some people enjoy calligraphy as a hobby and make their career in the field to give time and effort. You must find things in the local calligraphy groups and discuss with like-minded people to share ideas and even practice together.

In short, PNY Pink offers the best teachers for this course to become a calligraphy master. Calligraphy art is best for you, if you are interested in this course.

This best calligraphy online course is designed for absolute beginners, & no prior knowledge or skills are required to participate. Upon completion of this class, students will have the skills they need to make Color mixing techniques, background creation, Calligraphy composition, Qalam and brush technique, and complex modern calligraphy. These skills can be refined and expanded upon to include learning other types of calligraphy to create more complex designs. It is although a traditional art but you can regenerate it in your own ways, as ideas and imaginations have no limits. This course is great for anyone who wants to be a calligraphy expert!

This course is designed for absolute beginners, and no prior knowledge or skills are required to participate. Upon completion of this class, students will have the skills they need to make Color mixing techniques, background creation, Calligraphy composition, Qalam and brush technique, and complex modern calligraphy. These skills can be refined and expanded upon to include learning other types of calligraphy to create more complex designs. It is although a traditional art but you can regenerate it in your own ways, as ideas and imaginations have no limits. This course is great for anyone who wants to be a calligraphy expert!

Material Required: The materials required are:

Module 01: What is Arabic Calligraphy 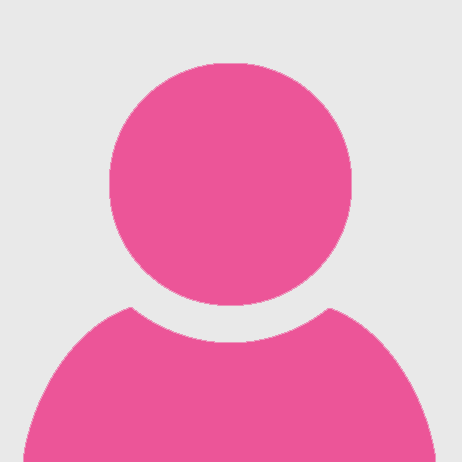 Get Brochure of the course